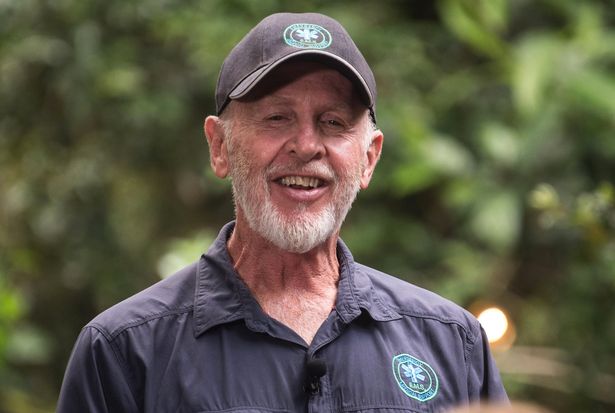 A favourite of I’m A Celebrity… Get Me Out of Here viewers has left the show ahead of its upcoming series. The hit ITV reality show returns to screens later this year with Ant McPartlin and Dec Donnelly returning to Australia for the first time in two years.

Earlier this month, ITV had officially confirmed that I’m A Celeb would be making a much-welcomed return to Oz. For the last two years Ant, Dec, and the line-up of celebrities have headed to Gwrych Castle in North Wales due to travel restrictions during the coronavirus pandemic.

But later this year, the new crop of famous face will be back Down Under. However, I’m A Celebrity is actually losing one of its most famous faces – after 20 years on the show.

Ahead of the new series, it has been revealed that Medic Bob, who has become a well-known face amongst viewers of the popular show, will not return this year and will be replaced by another medic who won’t be shown on screen.

A spokesperson for ITV has told the Mirror : “Bob will always be a friend to the show. We wish him all the very best and thank him for his hard work.” It comes after The Sun reported Bob was ‘too busy’ to return but will still work on the series’ German version. He also hosts a spin-off show where he travels around Australia.

Speaking of the show’s return to Australia, Ant previously said: “The plan is, we’re going back to Australia, we don’t want to go elsewhere. It’s got to go back to it. Back to its spiritual home, back to where it all started. Everyone wants to see a bit of sunshine at that time of year on the telly.”

Dec added of the show returning to its ‘spiritual’ home: “If they’ll let us in the country, we’ll be back in. We had two lovely years in Wales, we really enjoyed our time in Wales, but this show has to be in Australia, we have to go back.”

Last week, the Geordie duo finally put truth to the rumours that there WILL be a new special series of I’m A Celeb. Next year, viewers will get to see an I’m A Celebrity ‘All Stars’ series which the hosting duo are currently filming in South Africa. And they confirmed that the new series, which they described as the ‘worst kept secret in television’ will see a line-up of all old I’m A Celeb contestants.

Ant and Dec revealed the news on Twitter, writing: “South Africaaaaaaa! That’s right, we’re filming a very special version of I’m A Celebrity in South Africa which is coming to your tellies in 2023.”

They also showed a video of themselves out on location. “We’ve got news,” the Geordie duo both start by saying with Dec adding: “It’s probably the worst kept secret in television, but we can confirm we’re doing a very special series of I’m A Celebrity… Get Me Out of Here! in South Africa!”

The pair show off their picturesque surrounding and both scream ‘South Africa’, before Dec continued: “We’re here, it’s going to be your favourite celebrities from the last 20 years who are going back in to do it one more time in South Africa.”