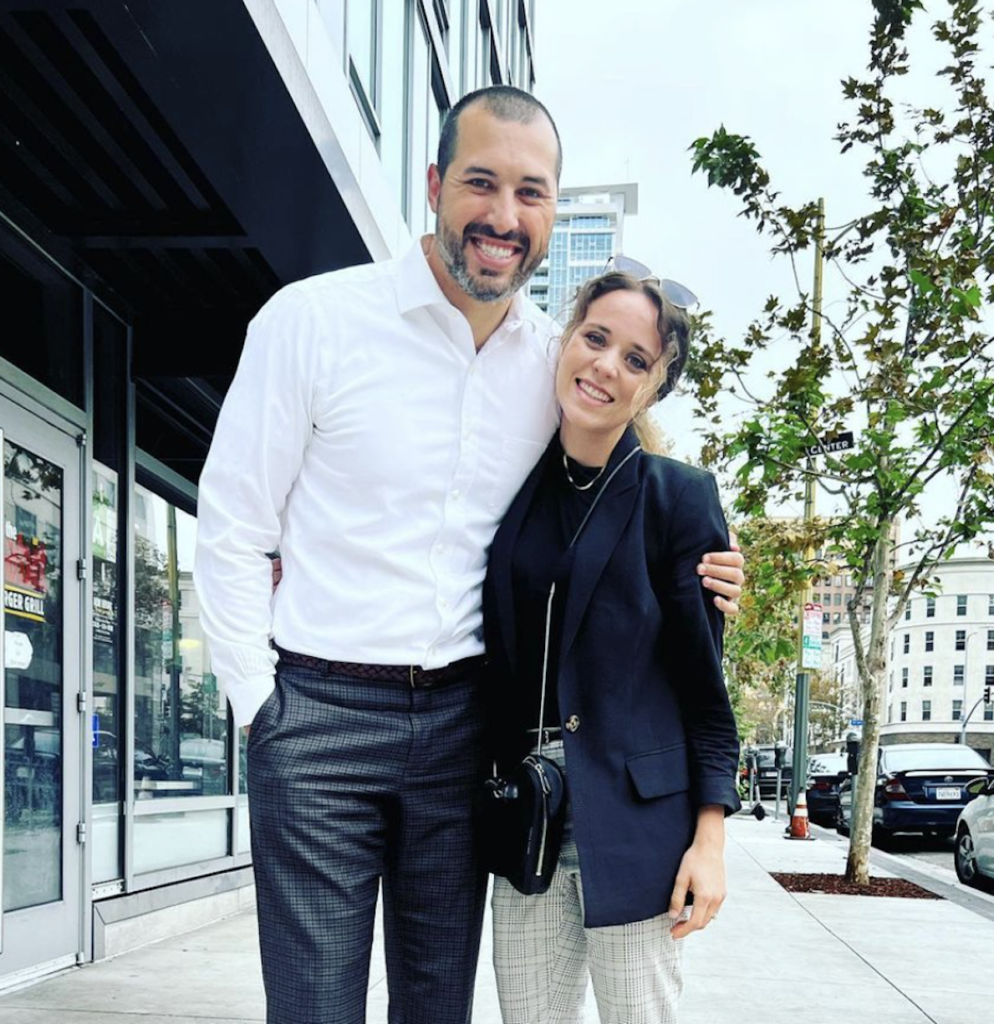 It looks like someone is about to turn her family’s world completely upside down.

According to publishing company Harper Collins (yes, this is a real source, directly from the company itself… not some unreliable tabloid story), Jinger has agreed to write a book titled “Becoming Free Indeed.”

The official summary for this memoir reads as follows:

Jinger recounts how she began to question the harmful ideology of her youth and learned to embrace true freedom in Christ.

Let’s repeat that in all-caps, shall we? THE HARMFUL IDEOLOGY OF HER YOUTH.

It sure sounds like she’s prepared to hurl her mom and dad very far under a bus, doesn’t it?

This development may some as a surprise to celebrity gossip followers because Jinger hasn’t spoken out strongly against her parents in the past.

No, she doesn’t seem especially tight these days with Jim Bob and Michelle Duggar.

But Jinger hasn’t been like her sister Jill; she hasn’t candidly detailed how her father abused her or mistreated her.

“In Becoming Free Indeed, Jinger shares how in her early twenties, a new family member — a brother-in-law who didn’t grow up in the same tight-knit conservative circle as Jinger — caused her to examine her beliefs,” continues the Harper Collins synopsis.

“He was committed to the Bible, but he didn’t believe many of the things Jinger had always assumed were true.

“His influence, along with the help of a pastor named Jeremy Vuolo, caused Jinger to see that her life was built on rules, not God’s Word.”

Jill said similar stuff in the past.

She’s talked about how it took her a very long time to realize that the bible doesn’t outlaw women from wearing pants, for example; it was her dad who did that.

“Jinger committed to studying the Bible — truly understanding it — for the first time,” reads this same memoir description.

“What resulted was an earth-shaking realization: much of what she’d always believed about God, obedience to His Word, and personal holiness wasn’t in-line with what the Bible teaches.”

Jim Bob and Michelle may wanna plan a lengthy vacation out of the country right around then.

Here is how the publisher’s synopsis concludes:

Now with a renewed faith of personal conviction, Becoming Free Indeed shares what it was like living under the tenants of Bill Gothard, the Biblical truth that changed her perspective, and how she disentangled her faith with her belief in Jesus intact.

Wow. We cannot wait to read this book.