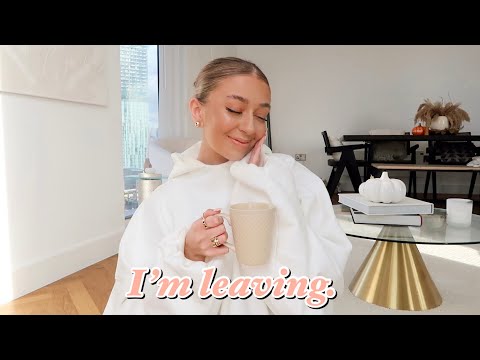 Anastasia Kingsnorth has let slip on going away this winter for an extended period of time. With two big reality shows looming, her YouTube fandom is convinced she’s entering I’m a Celebrity or Love Island.

It’s not the first time Anastasia has had people chatting about her entering the villa, either. She dropped a YouTube video titled ‘I’m Going On Love Island’ on June 5th, a day before the most recent series launch date.

With I’m A Celebrity… Get Me Out Of Here!’s start date confirmed for Sunday, November 6th, many have their suspicions about her winter plans. Let’s look at what fan theories are going around…

Anastasia posted a YouTube video on October 26th that revealed she has “something very big going on in her life” before adding that “it would be just under a week until she goes” by the time the upload goes out.

She said she is “going to Australia and going backpacking with her best friend.” Travelling has been something she has always wanted to do, and following the shocking title of the video, she wrote in the comments: “Sorry for the clickbait.”

The YouTuber revealed that she is going with friends Byron, Haz, Jaz, and Soph, but said Callum and Freya aren’t going with the group. Anastasia said that she said yes but didn’t think she was actually going to go on the trip.

Fans think Anastasia is on I’m A Celebrity

When Anastasia revealed she is going to Australia, just a week before the new series is due to air on ITV, her fans became suspicious she might be going on I’m A Celebrity, especially as she follows their official page on Instagram.

A TikTok video made by a fan included a snippet of her best friend Saffron Barker saying: “We’re actually filming a few of them in a little bit of a bowl, just because Anna is going away for a very long time.

The fellow YouTuber added: “I’m sure she’ll tell you about that.”

Another clip in the video shows Anastasia saying: “And then why I’m not going to be here in winter as well, I don’t want to say about that yet but I’m sure you guys will find out very soon.”

Is Anastasia going on Love Island?

No, but with a winter version of Love Island on its way in January 2023, her YouTube fandom has convinced themselves Anastasia is set to appear on the show. It comes after she already visited the villa earlier this year.

She was rumored as the upcoming host of the new show to replace Laura Whitmore, but that is not the case as Maya Jama was recently announced as the new presenter to fill the place for the next two series.

In August, a fan tweeted: “Anastasia Kingsnorth could be the new Love Island host, she’s been working lots with ITV lately and she’s also associated with the show #loveisland.”

Back in June, Anastasia did enter the villa but only to have a tour, which she shared on her YouTube channel. She had revealed that she is ‘going on Love Island’ but not as an actual contestant.

WATCH I’M A CELEBRITY… GET ME OUT OF HERE! ON ITV EVERY DAY EXCEPT SATURDAYS FROM NOVEMBER 5TH