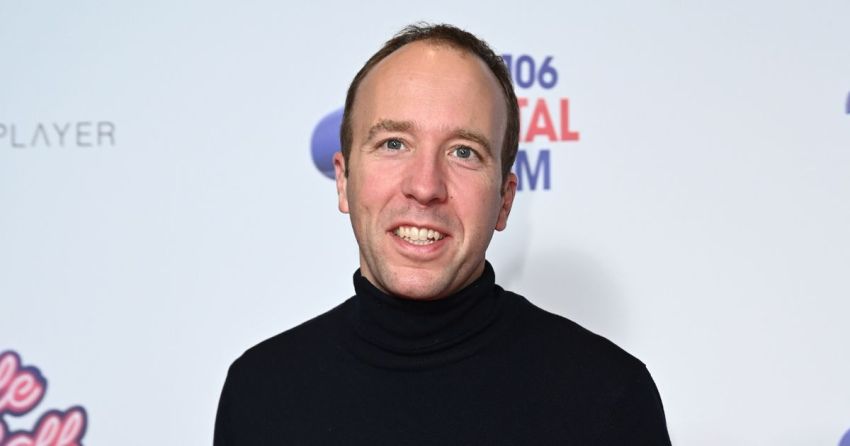 Matt Hancock is reportedly getting paid around £400,000 to take part in the upcoming series of I’m a Celebrity, with him set to be among the campmates in the jungle this year.

The politician, 44 – who is the MP for West Suffolk – arrived in Australia earlier this week ahead of the latest series. It is due to launch on Sunday evening (November 6).

The news of his involvement has attracted much attention since it was first reported. There is already speculation about him taking part in trials whilst he’s in the jungle.

There are now reports about the fee that he will receive from ITV for his appearance on I’m a Celebrity. It’s said to make him one of the highest paid campmates in its history.

The Sun reports that he’ll get around £400,000 to appear as a campmate on the new series. Other campmates this year include Olivia Attwood, 31, and Chris Moyles, 48.

A source told the outlet recently: “Matt’s pay deal with I’m a Celebrity is around £400,000”. They added: “[It is] one of the largest ever show fees to have been paid out”.

It’s said to make him one of the highest paid campmates ever, behind the likes of Noel Edmonds and Caitlyn Jenner, both 73. They reportedly had £600k and £500k respectively.

His involvement has attracted much attention ( Tim Merry/Mirrorpix)

Do you enjoy reading about celebrities? Sign up for all the best celeb news from the Mirror here.

The source claims that ITV had been keen for viewers to think the deal was worth around £150,000. They said that it’s actually worth more than double such a figure though.

They said he’d been approached several times. They said: “They asked him to be on the show three times in a matter of weeks and the money definitely helped seal the deal.”

Responding to the claim, one resident from his constituency, landlady Sharon Twite, 50, told the outlet that it’s “disgraceful”. She said he’s “profiting off his shocking behaviour”.

It’s been reported that a spokesperson for Hancock has stated that he will be making a donation to charity and causes supporting dyslexia “off the back of his appearance”.

They said in a recent statement: “Matt will be making a donation to St Nicholas Hospice in Suffolk and causes supporting dyslexia off the back of his appearance.”

The spokesperson further commented: “He will also declare the amount he receives from the show to Parliament to ensure complete transparency, as normal.”

The new series of I’m a Celebrity starts on Sunday (November 6) on ITV and ITV Hub from 9pm.

How to vote on I’m A Celebrity by app, phone or text after savage twist announced
Share on Social Media
twitterfacebookpinteresttumblremail