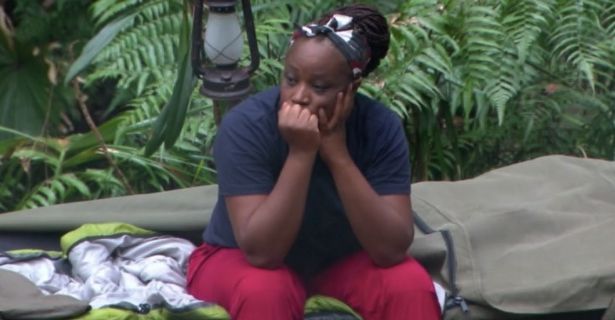 Charlene White’s family have spoken out after the Loose Women panelist broke down in tears on last night’s episode of I’m a Celebrity…Get Me Out of Here! after saying she missed her children.

The 42-year-old journalist got a bit upset following a clash with singer Boy George and her struggling to sleep due to missing her kids.

Viewers hit out at Boy George after last night’s episode aired, as the 61-year-old Karma Chameleon singer said that Charlene was ‘controlling’ during a chat with another celebrity campmate just one day on from taking aim at the mum-of-two’s cooking, writes The Mirror.

The star, whose real name is George Alan O’Dowd, told Scarlette Douglas during last night’s show: “I just feel like Charlene’s very controlling. She tells you what to do and it really rubs you up the wrong way,”

And on her Instagram account today, Charlene’s loved ones who are running her account whilst she is away addressed her being emotional. They penned: “So who saw Charlene crying last night? We just wanted to jump through the tv and hug her.

The caption continues: “Before she left she made this countdown calendar for Alfie and Florence so they can mark off each day until Char comes home. Keep going Char, we are so proud of you.”

The countdown calendar mentioned consists of 30 dates ready for the star’s children to tick off until “Mummy’s home”.

And many flocked to the comments to offer their support for the journalist. One wrote: “Mummy is doing amazing.” And another added: “Charlene is doing amazing is like head of family on camp already.”

On Monday night’s episode of I’m A Celebrity, Boy George wasn’t happy with Charlene taking charge of cooking dinner for the camp and claimed her food was undercooked.

The singer took aim at Charlene once again on last night’s episode too, claiming Charlene had been ‘giving orders’ once food arrived ready for the stars to enjoy.

In the end Boy George opened up to Charlene about his feelings, and while it seemed he played down what he’d said to others he did call her “the boss”. Charlene went on to question his thoughts and claimed she wasn’t ‘the boss’, the singer continued to claim this as the case.

Boy George said in the Bush Telegraph: “It’s so weird, that [food] bag comes down and Charlene just turns into an entirely different person. It’s amazing, she issues orders and tells everyone what to do. I’m like, ‘Wow’. You know, it’s like, ‘Who are you?’ Charlene she just issues orders. For me as an observer of my own feelings, it’s mind blowing.”

After telling Scarlette he felt Charlene was controlling, Boy George went on to tell the A Place in the Sun presenter: “I’m struggling with that, but I’ll get over it. It’s fine, she’s very sweet as well so it’s a real contradiction. There’s this controlling side and then there’s this caring side and it confuses me.”

And as the pair chatted about the situation, Charlene awkwardly walked in.

*I’m a Celebrity…Get Me Out of Here! continues tonight on STV.

Get the latest celebrity gossip and telly news sent straight to your inbox. Sign up to our daily Showbiz newsletterhere.