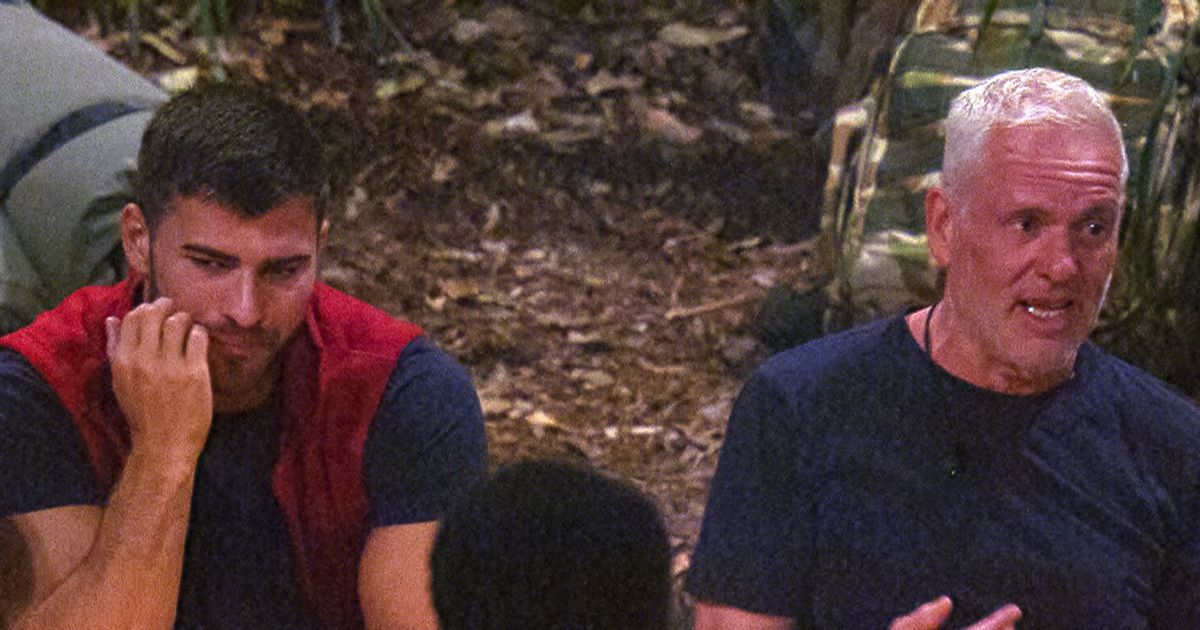 This year’s series of I’m a Celebrity….Get Me Out of Here! has been hit with yet another possible bullying scandal.

Fans of the ITV show are growing concerned over how Hollyoaks star Owen Warner, 23, is being treated by one of his celebrity campmates in the Australian jungle, as the soap star wins over the hearts of the nation.

The worries from fans come as Charlene White’s family break their silence over Boy George’s recent comments regarding the Loose Women presenter, in which the singer dubbed the journalist ‘bossy’ and ‘controlling’ during an episode aired earlier this week.

“Charlene is not a ‘contradiction,’ her maternal actions aren’t ‘bossy’ – they’re instinctive and proactive. They hold off her restlessness and boredom,” the ITV News presenter’s sister Carina White told the Mirror earlier today.

It’s not just Boy George, 61, who has been stirring things up in camp with his savage comments over recent days.

Former Radio One DJ Chris Moyles has been enjoying a few jokes at the expense of loveable Hollyoaks himbo Owen, thanks to the soap star’s lack of celebrity knowledge.

The 23-year-old actor, who plays Romeo Nightingale in the Channel 4 soap, has amused I’m A Celebrity viewers thanks to the star failing to recognise Coronation Street star Sue Cleaver in the jungle and having absolutely no idea who Boy George was when first meeting the world-famous singer.

On last night’s update from the jungle, fans of the show watched as self-described ‘Saviour of Radio One’ Chris, 48, tricked the young actor into believing he is a three-times British champion dancer.

Owen took the Radio X presenter at his word and believed his claim – something that upset many viewers watching at home.

“@chrismoyles is a f***in bully to Owen. Someone needs to stop him being an a***hole. #p***,” one angry wrote on Twitter after the moment aired on ITV last night.

Not everyone watching approved of Chris’ attempt at a prank ( ITV)

Another mused: “Hope Chris Moyles doesn’t keep leading him on though. At the moment it’s funny but could end up being an uncomfortable watch especially if the other campmates find it hysterical at Owen’s expense. It might be Chris’ downfall.”

“Chris moyles boils my blood. cannot stand that man, especially what he’s doing to Owen #imaceleb,” a third viewer raged on Twitter, with another adding: “#ImACeleb. I quite like Owen – Chris Moyles – he doesn’t know who I am – why would he? New generation and you’re hardly a well-known face. So let’s take the p**s?”

Chris has been no stranger to controversy over the years and has previously been accused of bullying Nicola Roberts.

In 2008, the Girls Aloud singer told the then Radio One presenter to ‘shut the f*** up’ after years of being the butt of many of the I’m A Celebrity star’s jokes.

Chris first spoke took aim at the Sound of the Underground singer in 2002 when Nicola was a teenager – claiming he fancied all the members of Girls Aloud ‘apart from the ginger one. He went on to also refer to the star as “horsey chops” and a “sour-faced old cow” over the years.

Nicola, then 22, addressed Chris’ long-running comments in 2008 and told Heat magazine: “This argument doesn’t bother me anymore. I’ve grown out of it – it’s six years old.’

“His obsession with me needs to stop. I don’t care what he says about me, but what bothers me is that there are loads of people being bullied for the way they look or act – they are made to feel s*** about themselves because they don’t conform to how society wants them to be.’

“I have bright red hair, and pale skin and, yeah, I can be quite shy, but that doesn’t mean I’m rude or miserable. I’m growing up, I’m learning and I’m slowly becoming more confident.”

Speaking on the Radio One Breakfast Show in 2012, Chris attempted to apologise to Nicola and said: “I have made comments that have seemingly caused you to use bad language against me and for this I apologise … Every time I’ve met you, you have been mardy, maybe because I took it too far. I genuinely wish you nothing but happiness …”