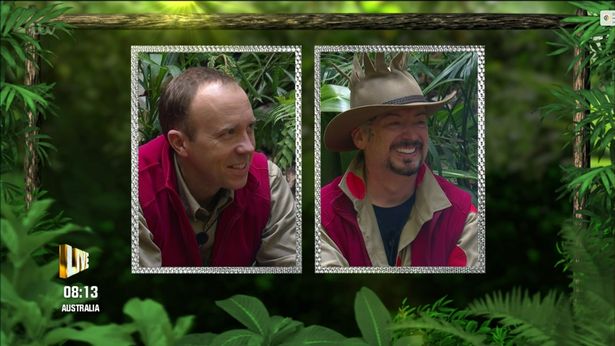 I’m A Celebrity… Get Me Out Of Here viewers have demanded a rule be implemented as they fear the series may become ‘boring’. The hit ITV reality show only returned to screens a matter of days ago with Ant McPartlin and Dec Donnelly back in Australia.

But earlier this week, there was a surprise in camp as two new arrivals – Matt Hancock and Seann Walsh – made their debut. It was revealed last week that the former health secretary had signed up to I’m A Celeb, just days before the launch of the 2022 series which saw the programme return to Australia for the first time in three years.

Matt, who has been suspended by the Tory party in the wake of his controversial signing being revealed. And as already mentioned, he made his debut with comedian Seann, after the pair completed their first bushtucker trial, leaving their new campmates underwhelmed with just six out of possible 11 stars.

But as expected, Matt, 44, faced his second trial in just 24 hours after the public also voted for the West Sullfolk MP to take on Tentacles of Terror, which was seen during Thursday night’s installment of the jungle action. It saw Matt trapped inside an octopus-shaped cage full of underwater critters while tasked with collecting 11 numbered stars in order as the structure was lowered into the water. And the 44-year-old managed to do so, winning full rations for the camp.

And now Matt is set to get even more airtime as he’s voted for ANOTHER trial. Ant and Dec revealed at that Matt and singer-songwriter Boy George will take on the first eating challenge of this series. which will air on-screen on Friday (November 11). The Geordie duo said both would be eating at La Cucaracha Cafe, which means the Cockroach cafe in Spanish.

While many are vowing to vote for Matt for every trial for as long as he is dwelling in the jungle, others have been begging their fellow I’m A Celeb viewers to stop and give other people a chance and to avoid it becoming the ‘Matt show’. And now some have asked for a rule to be put in place.

@loppyluggz65 said: “Should be a rule that you can’t be voted for a trial if you did the previous one. Stop all this voting for the same person, this is going to get boring.” @itsme_cellis wrote: “Surely at some point we can’t vote Matt, like I would actually like to see the others do trials please.”

@caitliinox posted: “Is everyone just gonna keep picking Matt is going to be boring if everyone is.” @clarajohnson5655 noted: “Matt will do well in every trial so it is boring to keep voting him in.” @fxith_xoxo1 added: “Nah if matt keeps going into the trials is gonna make this years series so boring. I wanna see Charlene or Scarlette do a trial.”