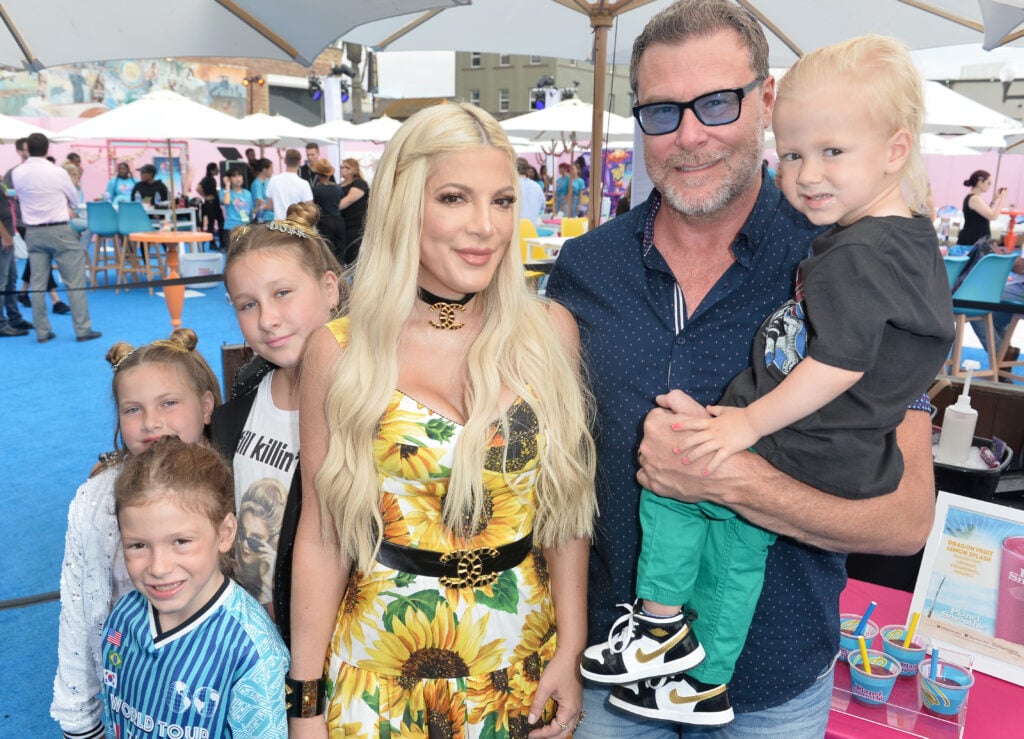 We might have a case, folks, of premature speculation.

For the last very many months, the celebrity gossip universe has been abuzz with chatter that the marriage between Tori Spelling and Dean McDermott is dead. Over. Totally and completely dunzo.

And we suppose this still may very well be the case.

But a couple of brand new messages — one by each member of the allegedly fractured couple — now has us thinking otherwise.

For one thing, McDermott turned 56 years old on Wednesday.

And while it wasn’t the most gushing or personal birthday tribute in Internet history, it was at least some sort of positive reference… a rarity between these spouses of late.

“Happy Birthday to a great dad of 6 @imdeanmcdermott,” the 90210 alum wrote via her Instagram Story alongside a throwback photo of her husband cradling one of their children as a newborn.

Take a look for yourself:

Two days prior to this caption, meanwhile, McDermott told The Sun of his relationship: “Everything is amazing. Everything’s great. We’re having a lot of fun.”

He jokingly (or seriously, we guess) added that he was “off the market” for any potential admirers.

This quote is quite the contrast to pretty much everything we’ve read about Spelling and McDermott for a long while now.

“She’s working nonstop to make more money and to focus on things other than her turbulent marriage,” an insider recently told Us Weekly of the actress, echoing talk about the pair’s money problems and adding:

“She often doesn’t wear her wedding ring and doesn’t sleep with Dean.

“Their intimacy is pretty nonexistent.”

Last year, Spelling sparked major speculation when she removed the word “wife” from her Instagram bio.

From there, she didn’t publicly acknowledge the pair’s 15th wedding anniversary in May 2021… while neither side of this relationship made a mention of their 16th anniversary this past spring.

Spelling has also admitted that the spouses no longer sleep in the same bedroom.

“Tori and Dean have been having major issues for over a year now,” a different insider said to told Us Weekly of the pair way back in June 2021.

This person concluded at the time:

“The fact that she’s talking about sleeping in separate beds is very telling, she wouldn’t do that unless things were really not great between them.”