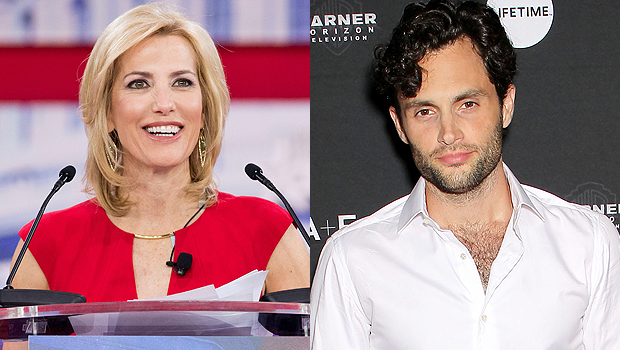 The ‘You’ star called out the Fox News pundit for staging a silly exchange with a guest, where she acted confused about the name of a popular Netflix show.

Comedy isn’t an easy path for everyone. Penn Badgley revealed that he felt like Fox News personalities Laura Ingraham and Raymond Arroyo’s timing was just a little off, when the two had a discussion about the popular Netflix series You on Monday November 15. Laura acted like she was confused by what the presenter was trying to tell her, when he announced that there had been an episode of the thriller series that had mentioned measles.

Arroyo and Ingraham just did a modern day “Who’s on First?”pic.twitter.com/dgAaI4XYn9

Raymond, 51, was a guest on the 58-year-old commentator‘s show for a segment, which seemed to explore “woke-free” television. Laura acted very confused when her guest mentioned the show with an easily mistakable pronoun for a title. “I was watching an episode of You where measles came up,” Raymond said. Laura responded by mentioning that she couldn’t recall the episode of her show that he was referring to. “When did I mention measles?” she said. “I don’t know. It was on You,” he mentioned. The pair had a bit of a similar back-and-forth trying to playfully feign confusion, before getting to the apparent punchline. “It’s a show called You on Netflix,” Raymond told her, to which the Fox anchor responded, “There’s a show called Laura Ingraham on Netflix?”

It’s clearly a reference to the iconic comedy duo Abbott and Costello’sroutine “Who’s On First,” which is one of the most well-known sketches of all-time. Bud Abbott gets confused by a similar exchange with Lou Costello. After the segment aired and went viral, Raymond tweeted that the whole thing was scripted and responded to those who also thought it was funny. Mediaite even dubbed the segment “You’s On First” in reference to the classic routine.

It’s gotta be a bit. Dude is committed, he actually made me lol, but watch how he waits for her to cut him off.

The video went viral, with many people finding the exchange funny, and even You’s own star Penn Badgley took note on Tuesday November 16. He realized it must have been fake, as Raymond seemed to pause to get Laura to interrupt him. “It’s gotta be a bit. Dude is committed, he actually made me lol, but watch how he waits for her to cut him off,” the 35-year-old actor wrote. In a followup tweet, he wrote that it was clearly a joke, but complimented Raymond’s delivery.

Meat Loaf Dies: Cher & More Stars Honor The Rocker After His Death At 74

Meat Loaf Dead at 74 from COVID

Meat Loaf Dead At 74: Rocker Passes Away With Wife & Daughters By His Side