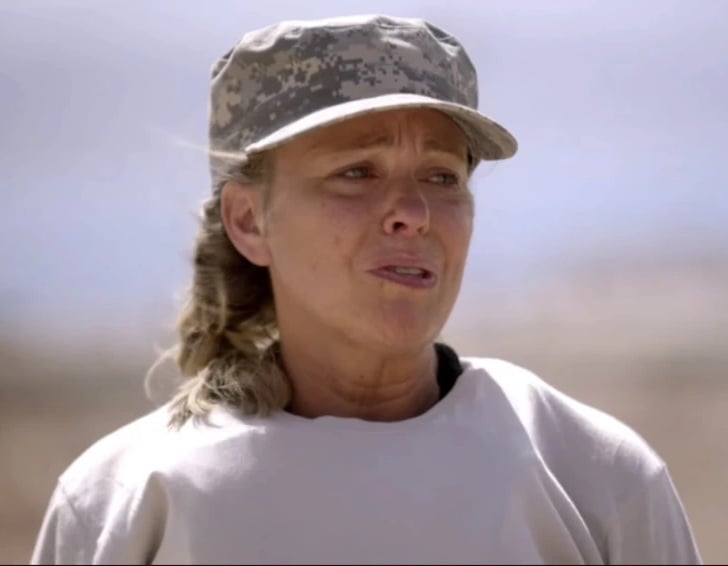 Kate Gosselin has not been heard from in a long while.

But she’s about to be seen.

The former TLC personality, who rose to small screen infamy opposite ex-husband Jon on the train wreck that was Jon & Kate Plus 8, has booked a return to reality television.

The 47-year old will reportedly be a cast member on something called Special Forces: The Ultimate Test, an upcoming Fox series which is a version of the U.K. program SAS: Who Dares Wins.

The show will premiere on January 4.

“Special Forces: The Ultimate Test puts celebrities you know and love through the most pure and authentic test of endurance that I have ever seen.

“In many ways, it is more about mental strength than physical strength,” Rob Wade, president of alternative entertainment and specials at Fox, said in a statement.

“It’s an eye-opening glimpse into the most intense training in the world and gives a taste of the grit and bravery our armed forces show on a daily basis, which was a life-changing experience for these celebrities.”

In a trailer for the series — which will pit Gosselin against 15 other D-Listers — the mother of eight is first seen in the itting at a table with no makeup on and her hair disheveled … as a bag is pulled off of her head.

She is then depicted walking across a tightrope as someone shouts, “Do not give up!”

Other challenges include being dropped into water while inside a vehicle, boxing and driving through explosions and gunshots.

At one point, as you can see above, Gosselin dissolves into a puddle of tears.

Kate Gosselin has scarcely said much over the past several months, even as her former spouse has continually lambasted her in public.

In August, for example, it came out that Jon believes Kate stole $100,000 from their children after she made a pair of withdrawals from their trust funds.

Previously, Jon trashed Kate for ruining his relationship with most of his kids.

“[Communicating with] the children that live with Kate is very difficult, because I don’t have an open relationship with them,” he whined to Entertainment Tonight at the time adding:

“I think it was a poor parenting decision. It would’ve been much better if she would have been more open with them and explained things better…

“I have been alienated from those children.”

Most pointedly, Jon has accused Kate in the past of sending their son, Collin, to a school for special needs back when he was 13 years old… and then forgetting about him.

Jon has said Kate never even talks to this teenager.

“[Collin] lost three years of his life because he was institutionalized wrongly by his mother. “[Collin] was not educated during that time, which is against the law.

“His mother could be in trouble for that.”

Kate lives at home with Leah, Alexis, Aaden and Joel; while twins Mady and Cara are in college.

Jon, meanwhile, has primary custody of Hannah and Collin.

As for this Special Forces show?