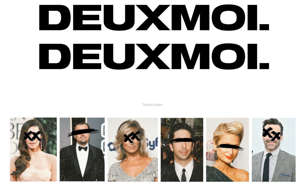 If you’re not the sort of person who spends your life on Instagram, you might not have heard of Deuxmoi, the anonymous gossip account on Instagram which posts a mixture of rumours, celebrity sightings and anecdotes from people who’ve met celebs. Deuxmoi’s Instagram bio reads “some statements made on this account have not been independently confirmed. this account does not claim information published is based in fact.” Basically: “We publish whatever we want without checking the facts and if we’re wrong, who cares?”

Deuxmoi started around the same time as the pandemic, transforming over night from a style blog to a celebrity gossip hub. It was the first account to flag that Olivia Wilde was dating Harry Styles, Scarlett Johansson’s pregnancy and Ariana Grande’s surprise marriage. Adele once said she couldn’t even go on blind dates because “someone will call Deuxmoi”. It has 1.7 million followers (including Gigi Hadid and Hailey Bieber). Kim Kardashian recently referred to account as “the bible.”

And now, presumably because it’s hard to monetise a gossip account, even one with 1.7 million followers and a line of merch, there is a Deuxmoi book.

Anon Pls is fiction (ish), co-written between Deuxmoi (more on that later) and author Jessica Goodman. My God has Goodman tried her best with the brief. She’s woven a moderately banal story (woman makes anonymous Instagram and posts mean tips about strangers, becomes successful but realises it’s a heavy crown to wear) into a passable narrative, and if you’ve never seen or read The Devil Wears Prada then it’s almost original.

But the problem with the book is that it sanitises the reality of this Instagram account. What Deuxmoi does is exactly what celebrity gossip publications did for decades. But eventually society came to a consensus that speculating about pregnancies, splashing affairs, and circulating unsubstantiated rumours was wrong, so publications like Heat magazine in the UK and Page Six in the US lost their bite. 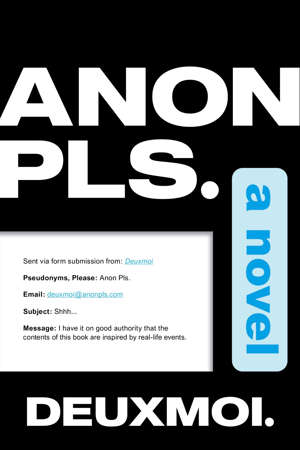 © Provided by The Telegraph Anon Pls is thinly masked auto-fiction

Gossip publications all over the English-speaking world have tried to reinvent themselves, keeping their readership while losing their nastier habits. In part as a result of this clean up, circulation figures for gossip magazines have dropped month on month, and since 2010, over 30 women’s publications have gone bust. Now, in their stead, are these anonymous accounts with no press regulation and even less of a guilty conscience.

Magazines couldn’t get away with suggesting what cosmetic surgeries celebs have had (or worse, should have) but there are several thriving TikTok accounts doing it. Between the rumours, the discussions of bodies and the speculation about cosmetic enhancement, social media is tantamount to an especially nasty 2001 copy of Heat magazine.

One of the many very sensible editorial choices made in the book is to humble its protagonist. Cricket Lopez is a hardworking, much maligned assistant to a celebrity stylist who can’t get a promotion. Her friends are richer and more successful than her, her boss throws things at her, she buys her designer clothes second hand and she’s constantly messed around by horrible boys. Editorially, it all makes sense. But it’s also a rewriting of history, because according to the real Deuxmoi, the original founder is a socialite. 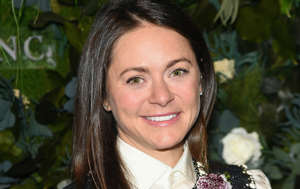 © Provided by The Telegraph Meggie Kempner is alleged to have founded Deuxmoi, but reportedly no longer runs the account – Getty

While Deuxmoi built an empire sharing stories about celebrities, great efforts have been made to keep the identity of its creator as secret as possible. But according to writer Brian Feldman (and the internet more generally) the account is shared between friends Meggie Kempner (granddaughter of New York City fashion socialite Nan Kempner) who founded it, and Melissa Lovallo who allegedly now runs it single handedly.

Both women keep a low profile online, but Kempner’s 2018 wedding at the Beverly Hills Hotel was featured in Vogue, so it’s fair to say she’s not exactly lower middle class. There’s even less to be found about Melissa Lovallo, other than a few press shots from society events and a suggestion that she worked at Ralph Lauren. Again, not exactly grifting to earn a crumb.

Anon Pls’s brand of semi autofiction is a complicated beast. It doesn’t have the freedom of pure fiction, or the honesty of biography. Instead, it cherry picks the most defendable aspects of the true story while ignoring the juggernaut of privilege the account’s real founders enjoy, and the damage that the rumours have done to real people, creating this false sense that the account was born out of desperation and aspiration, rather than a desire to take idle gossip to a larger scale. The book blends genuine celebrity mentions with stories about fictional famous people, All the major stories are about the latter, which of course cushions the reality of what Deuxmoi does.

Alongside making Cricket Lopez a likeable middle-class everywoman, it makes sure to include Instagram DMs from the people who are ‘helped’ by the account. “I’m working the overnight shift in the ICU wing and I’m sharing all of these celeb stories with other nurses. These totally make our day” reads one fictionalised DM.

As hard as the writers try, there isn’t a way to make something noble out of posting gossip online. Unregulated anonymous speculation hurts people, even if, as an anonymous interview with Deuxmoi revealed, the site doesn’t post about medical issues, rehab, Alcoholics Anonymous, celebrity children who are minors, death news or stories about someone’s closeted sexuality.

Even the minor tip offs contribute to a world in which it’s possible to say whatever you want about someone and experience no consequences (as Lana Del Rey proved when she admitted to being hurt by a seemingly trivial Deuxmoi story, prompting an apology from the site and the story’s removal). And from the great pains taken by Deuxmoi’s founders to avoid having any kind of public profile, it seems they understand just how uncomfortable that might be.

Anon Pls is enjoyable to read – I can’t deny that. But it’s a bit like eating a whole cake: you feel great in the moment, but guilty when you finish.

Sign up to the Front Page newsletter for free: Your essential guide to the day’s agenda from The Telegraph – direct to your inbox seven days a week.